Frisian seat clocks are made in Friesland province from 16 century, They have beautiful hand panted face, ornaments in mermaid shape at right and left sides, hand made movement and on big cylindrical weigh.. Most of Frisian clock have a moon calander which showing moon phases. 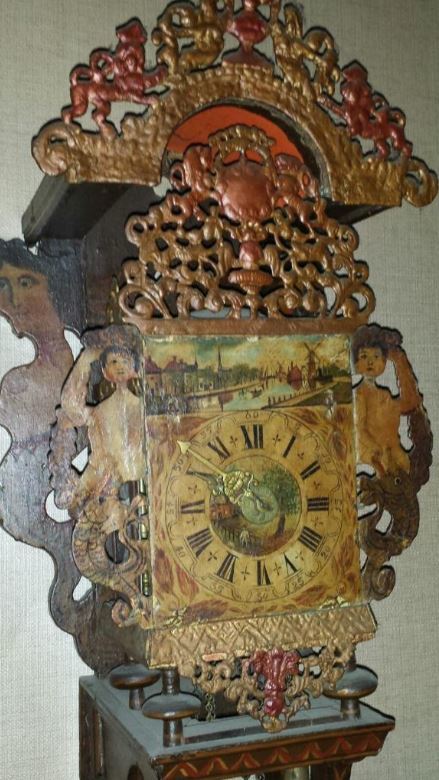 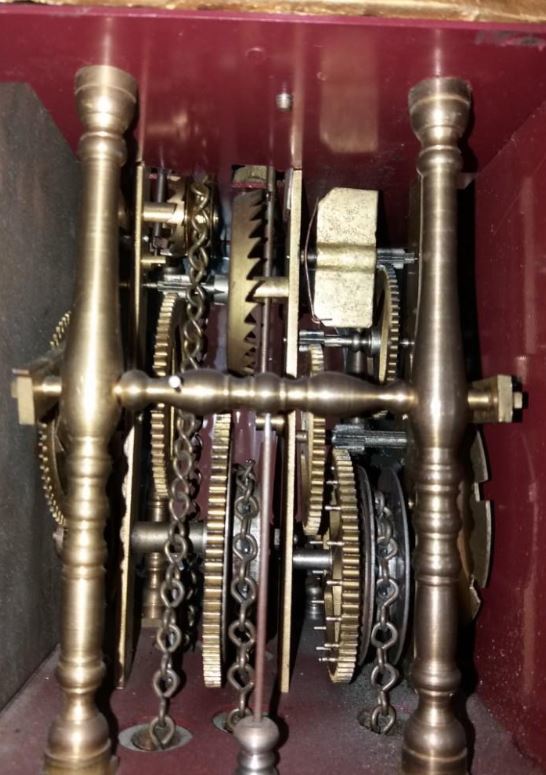 Frisian shippertje or salor clock was small version of frisian clock with small pendulium (sometime at side) that dutch sailors used them in their ships. They had robust design to tilt and movements in water and operate in the see. The original schippertje is very rare and hard to find. 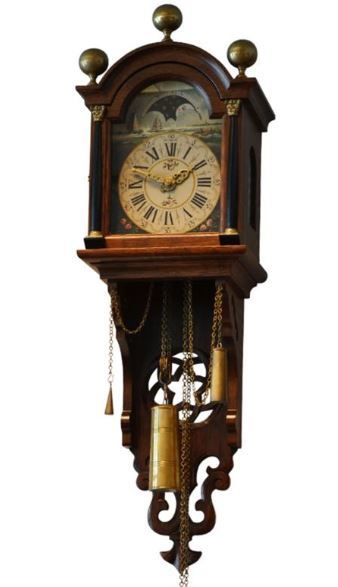 A Frisian tail clock is pendulum clock with a long tail and 3 ornaments on top. Most of tail clocks have an Atlas figure carrying globe and two Pheme Goddess at sides. 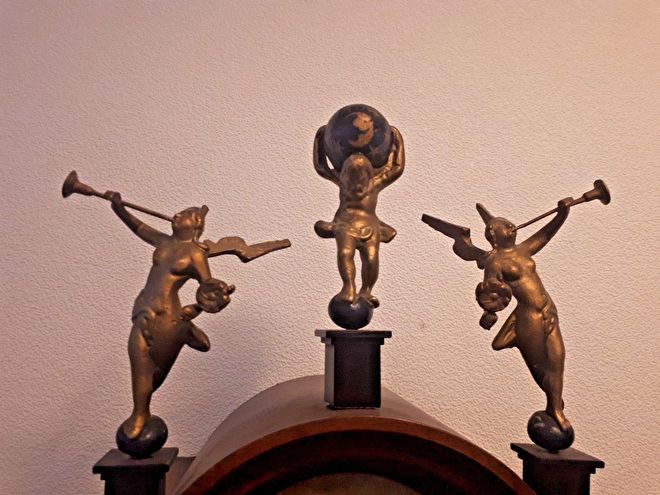 Moderm Frisian clocks are build in 1900 in small workshops in Frisland, Groningen and other areas , here is small movie on Wikipedia on So called modered frisian clock workshops at that time:

Warmink factory built lot of Frisian models with the same look but modern timepiece and 2 weigths. All of them have 8 days timepiece mainly fron Hermle (FHS). 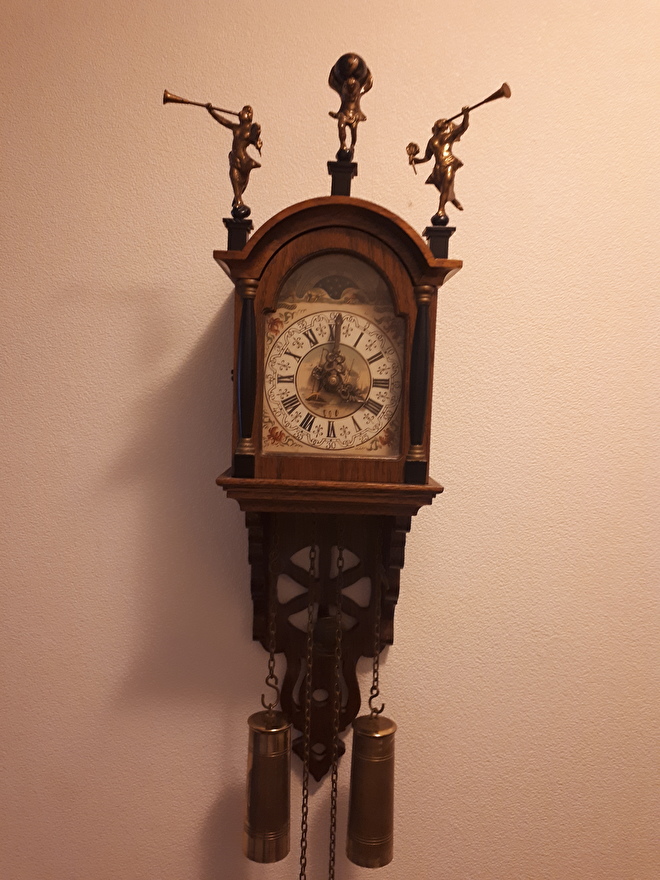 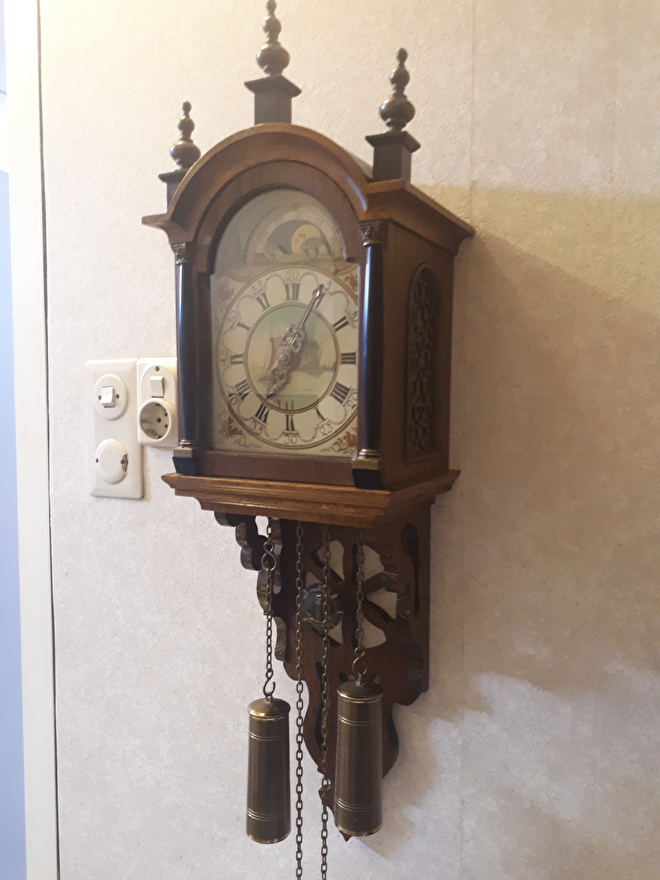 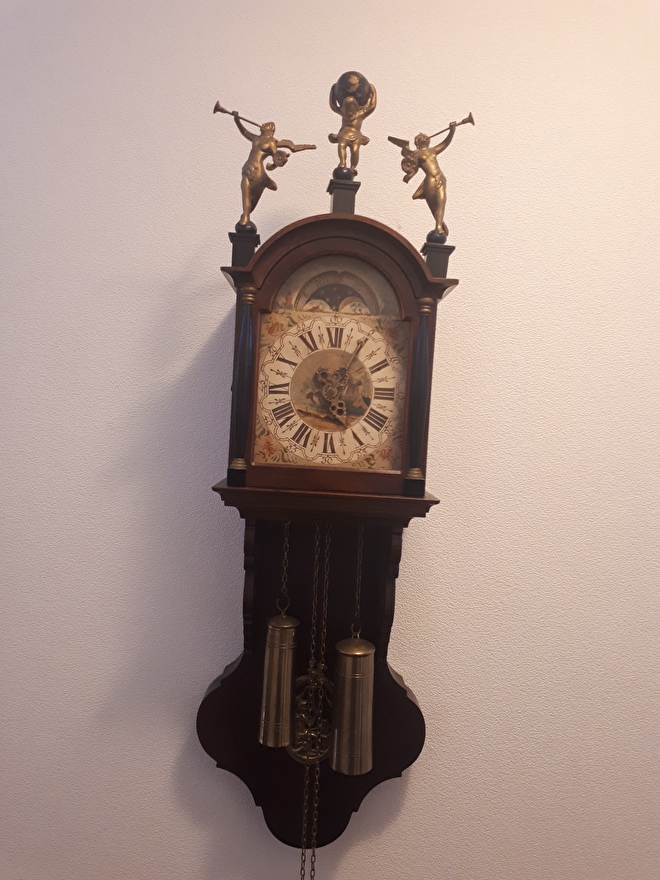 One the famous model is Salander clock, The name of Salander comes from Salland region where these clocks were made. The Salland area is located west and north of the present Dutch Province of Overijssel. 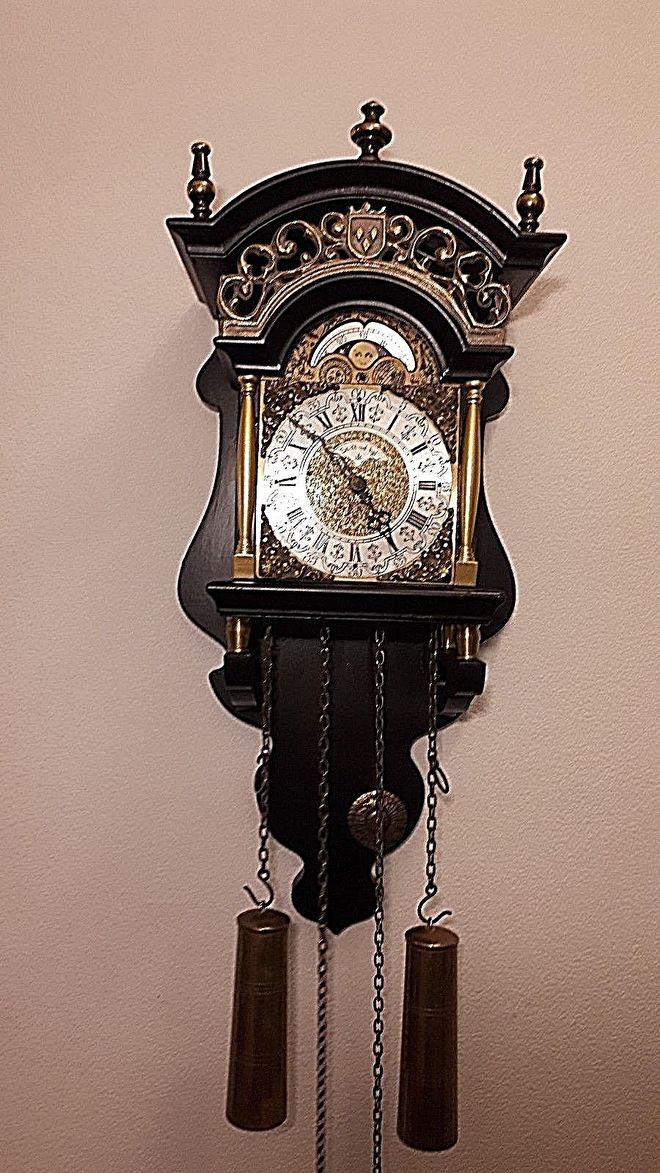 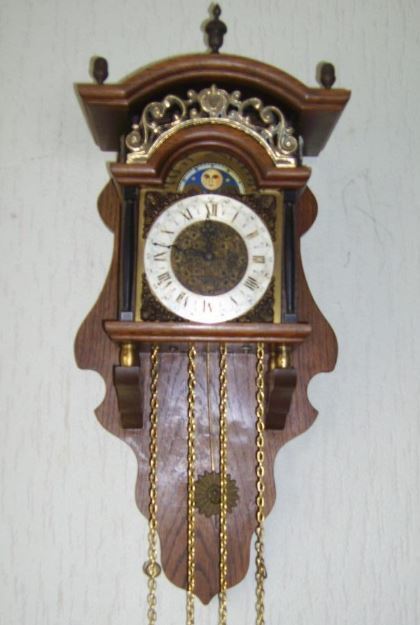